The past couple of years I've set off to attend the stamp show in Florida and again attended 'Stampfest 2013' in Orlando.  Orlando is a hustling bustling city and fun to visit.

This year they had a special guest star who most of you know.  TIM HOLTZ. Tim was the star at the show this year I was able to capture a short video to share with you.  You will notice it was extremely noisy while videoing him.  You will hear one admirer as she tells him "Tim Your Wonderful"!  I'm sure he was flattered as he smiled at the crowd and continued working.   I was not able to get any closer to him due to the large crowd.  I did talk with one other person at the show and she showed me his signature that he was kind enough to sign for her. 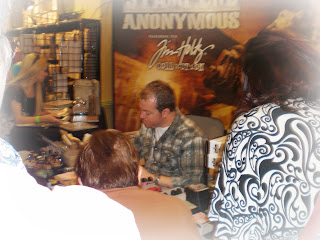 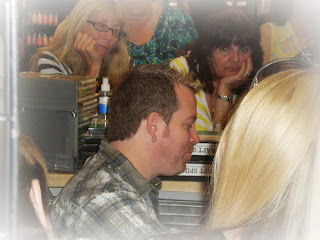 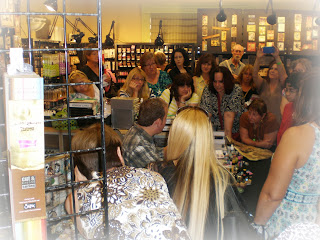 It was a fun filled stamp show and as always, extremely happy that I was able to attend the show again this year.

Thanks for taking your time to comment. I love hearing from you. Thanks....

You may have noticed I've not been posting much.  I've taken a new direction in my card making and found out that I have more artist... 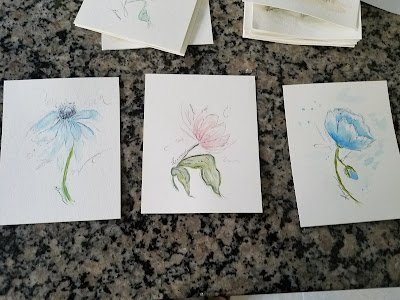 Close Up Of Flowers I Made

The information available on this site is for your personal inspiration and non-commercial use only. You may not publish, distribute, transmit or display any of its contents to third parties or contest submission without prior written permission from me. Thank you!
Perhaps something here on my blog has inspired you? You are welcome to case me – However... I politely ask if you would be so kind as to mention my name and link back to my work or post. Most appreciated. 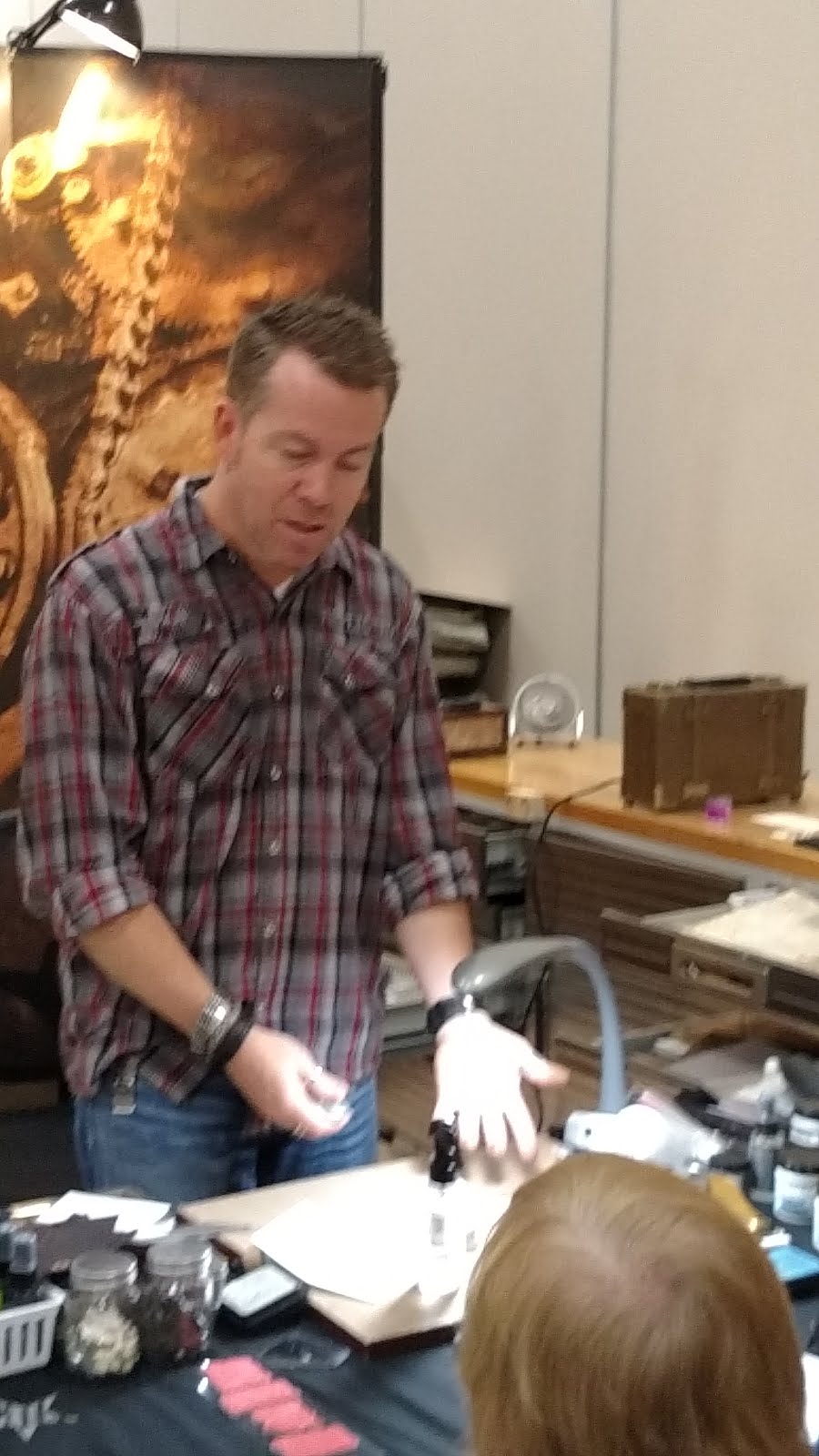 Tim Holtz Demonstarting at StampFest. It was fun watching him demonstrate.

Tim Holtz Demonstrating at Stampfest 2013 where I attended. Click on picture to read more and watch video. 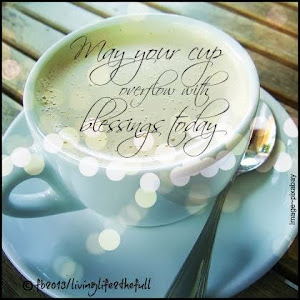 To View My Gallery At Splitcoast Stampers Click Image Below

Leanne ...
Thanks for joining me here at my blog. Happy to have you stop by today. Sending sunshine and well wishes to others is my passion. I hope that you enjoy viewing some of my latest cards and paper crafting. My blog is intended to share with you some of my more recent or favorite projects. I began stamping and making greeting cards in 2007 when my daughter showed me her cards she had began making. I have not stopped since. I find it relaxing and enjoy sending a bit of sunshine to others whether it's for someone's birthday, get well or just because… Be sure to stop by again real soon... or better yet leave me a comment or join as a "Follower" with Google Friend Connect (below). Don't forget to scroll down to the bottom of the each page and look for "OLDER POSTS". Click on "Older Posts" to view more of my work. Be sure to click on COMMENTS at the bottom of each post to leave me a message. I love feedback. Thanks for stopping by!!!

Add Snippets to your site